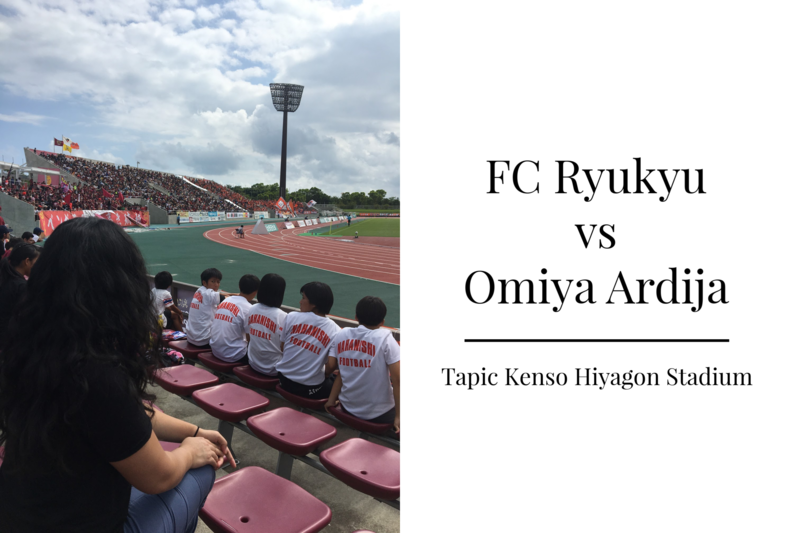 I love soccer, playing and watching. I have a lot of die-hard Timbers fans back home and my social media is always full of pictures on match days. I haven’t been to a live soccer game in forever, so when I found out Okinawa has a team I knew we had to go. I absolutely love going to any kind of semi-professional or professional sports games. The energy of the crowd is always so contagious and I’m already an excitable fan so it’s even more fun in a crowd.

I knew parking was going to be a chore so we got to Comprehensive Park an hour before match time. It was awful! Comprehensive Park is huge and full of a ton of athletic fields, playgrounds, a campground…like so much stuff packed into one huge park. Add on the soccer match, it was hectic. We got lucky and scored an actual parking stall in one of the lots and the walk to Tapic Kenso Hiyagon Stadium wasn’t too bad. 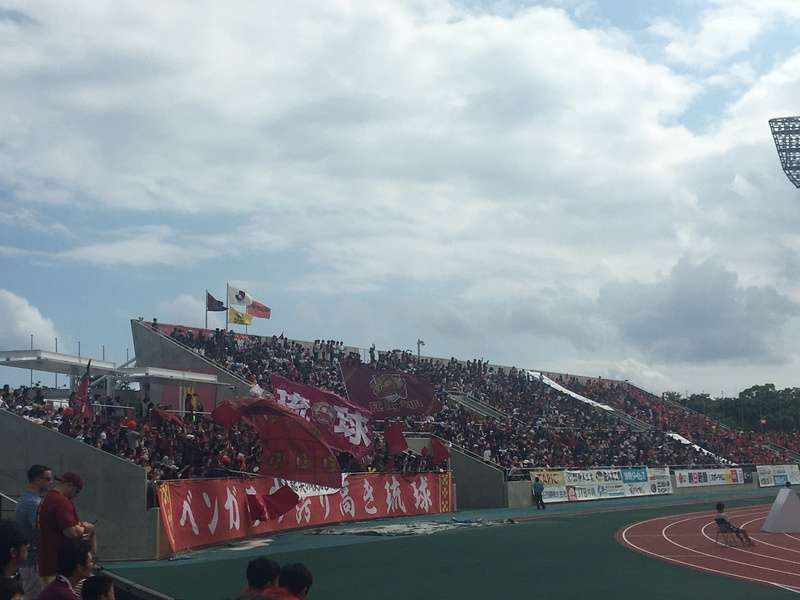 We were able to buy tickets at the stadium and there were a dozen or so vendors with food, drinks, and fan gear. I wanted a jersey, but we weren’t sure if they took card and Cass said, “We don’t have jersey kind of cash today.” Boo. The unassigned seats (aka cheap seats) are on the back side of the stadium so we made our way around. The stands on the side were packed so we had to sit behind the goal…which was fine. But we definitely want to sit on the side next time so we’ll definitely have to arrive much earlier. 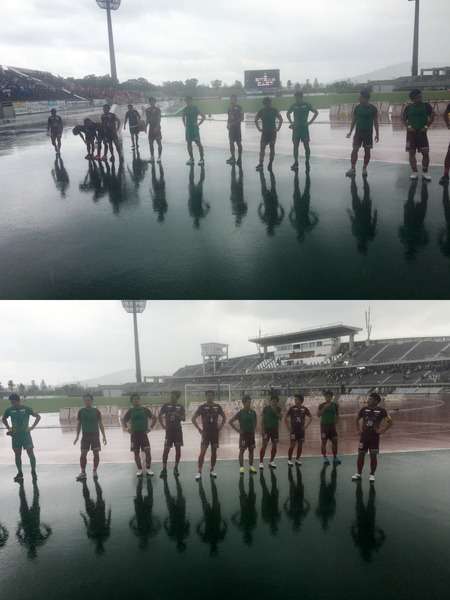 At first the sun was out in full force and had us melting in our seats. But the clouds rolled in and it was actually pleasant. But at the end of the match, it started POURING. We stuck it out until the time ran out and the players came over for their bows.

I was slightly worried some of the experience would be diminished since we don’t understand Japanese, but nope! The only thing we couldn’t figure out was what the chants and songs were.

Next time, we’re either going to arrive super early when the gates open or catch a cab to the stadium because the stress of trying to find parking was too much. They had a band in the stadium during the pregame so we could stake out seats, grab food, enjoy the entertainment, and just chill before kickoff.